The Trees of Victoria Project 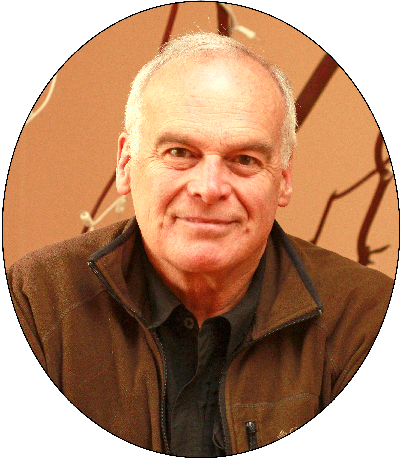 This project, the web design, graphics and photograpths were created by James Clowater M.Sc..

I am dedicated to sharing my enthusiasm about the natural world and to promoting a paradigm that values and preserves nature. This project relies on donations and grants to finance it's completion. If you value this project and would like to support the work, please consider donating.

The startup funding for this project was provided by a grant from the Joan Outerbridge Trust fund. I am also thankful to the following people for donations to the project:

In 1993, Eric Jorgensen from the Faculty of Forestry at the University of Toronto introduced the term Urban Forestry to describe a specialized branch of forestry that recognizes the contribution of trees to the physiological, sociological and economic welfare of city dwellers. The Urban Forest includes the trees of the city’s parks and boulevards as well as those on proivate land. Trees are often planted for horticultural reasons, or to mark historical events, or just for their inherent beauty. Many of these trees have become living monuments. Beginning in the 1970’s, the Heritage Tree Society designated approximately 300 Heritage Trees and 18 Heritage Tree Areas in Greater Victoria. One area, Beacon Hill Park, was recognized as one of the most important Heritage Tree Areas.

The ultimate goal of this project is to foster a love of nature so that people will be compelled to act to preserve natural things. Education can be a useful tool to encourage a society to preserve and protect. We can only value what we know and understand.

The preservation of native trees and habitats in the Greater Victoria is of prime importance. Much has already been done to designate and protect the last remaining native Garry Oak Ecosystems. What remains is to document and locate other examples of native trees and habitat. Among these other species are the Big Leaf Maple, Black Cottonwood, Arbutus, Douglas-fir, Grand Fir, Western Hemlock and Western Red Cedar. These trees, although they may not have historical or horticultural significance or be the largest of their kind, represent the native species which were once more numerous in the Greater Victoria Area.

As part of our environment, trees can acquire importance beyond their biological role. There are many such trees in the Greater Victoria area. Some were planted as a memorial to historical events, others gained significance as local landmarks because of their size, formation, or by their utility. The “Cougar Tree” at 1550 Ash Road was once on the Tod farm and had a fork that was a convenient perch for children watching over herds of sheep. Another historical tree is the “Begbie Oak” at 520 Cook Street, once the home of the famous “Hanging Judge” Begbie. In addition, over 249 “Coronation Oaks” (English oaks) from Greater Windsor Park in Windsor, Berkshire were planted in Victoria and the surrounding area in 1937 to commemorate the coronation of King George VI. Some historical trees are designated with plaques but many others are not marked and are difficult to locate. Recording their significance and locating these historical and heritage trees will ensure the protection of these valued artifacts.

We are fortunate living in Victoria to have preserved and protected many unique native habitats, but those natural habitats are not the only green spaces in the city. Often we overlook the importance of horticultural plantings that contribute to the beauty of the urban environment.

While walking the streets and parks of Greater Victoria you may encounter many beautiful trees. If you were to ask “What is this tree?” you may get a surprising answer. While Vancouver Island has only thirty-four species of native trees, those in an urban environment could be plantings from anywhere in the world. The tree you are admiring could be a Blue Atlas Cedar from the Atlas Mountains of Morocco, a Deodar Cedar from the western Himalayas, or even a Dawn Redwood, a tree only known from fossils until it’s rediscovery in China in 1944. The vast diversity of possible origins greatly complicates the task of identifying trees in an urban environment. Imagine the difficulty trying to identify an oak that may be one of 600 oak species in the world. This scenario presents the first problem that this project will address. That is the difficulty in identifying species of horticultural trees that may originate from anywhere in the world. Indeed most people would find it difficult to locate a field guide that would contain all of these exotic species.